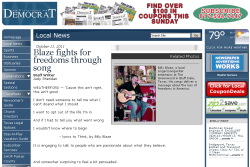 Blaze Fights for Freedoms Through Song

Article focuses on Blaze's music and the freedom movement. 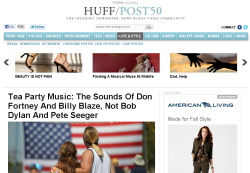 AP Story about Billy Blaze and other politically active musicians. This story was widely picked up in the first 4 hours by many news outlets, including Yahoo News, CBS Minnesota, The Boston Globe, and The Bangor Daily News. (Note: Some news outlets routinely purge older articles so we have used Archive.org links in some cases.) 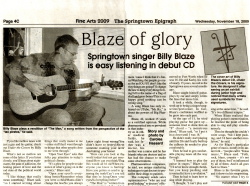 Long article with a little more focus on the music. View as a PDF. 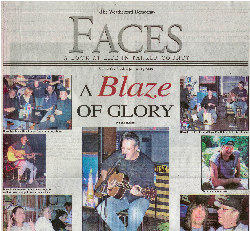 Full page article about Billy Blaze's music career - where he's been and where he's going and who is supporting him along the way.
Read the entire article here. 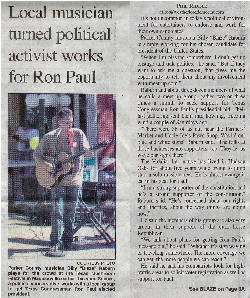 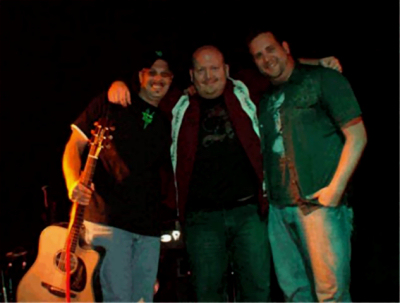 Let There Be Acoustic Hero!

"...Billy Blaze was the first artist to grace the stage at Liquid Lounge. His pure Texas acoustic sound was fresh and invigorating, and lyrically he took us on a ride. His vocals were well articulated and his guitar bordered a traditional strumming and some picking as well..."

Read the rest of the article here.